Student Drug Testing & How To Pass A Test

Student drug testing has started to become more common in schools nation wide. The reasoning behind student drug testing is to try to eliminate drug use within the school and for extra activities such as sports. In the early 1990s, many school districts began to look into drug testing as a way to curb student drug use, which led to two U.S. Supreme Court cases involving student privacy. The court upheld the constitutionality of drug testing student athletes in 1995, and in 2002, the court expanded high school drug testing policies to include all students who participate in a competitive extracurricular activity.

In those rulings, the court stated deterring student drug use was more important than privacy. As more districts face budget cuts, the cost of drug testing can be hard to overcome. The average drug test cost is between $15 and $35 and at high schools administering tests to all students, the costs add up quickly depending on the targeted amount of students that are be tested. During student drug testing, schools select using a random process and one or more individuals from the student population to undergo drug testing. Currently, random drug testing can only be conducted among students who participate in competitive extracurricular activities. Reasonable suspicion/cause drug testing is when; a school requires a student to provide a urine specimen when there is sufficient evidence to suggest that the student may have used an illicit substance.

Typically, this involves the direct observations made by school officials that a student has used or possesses illicit substances, exhibits physical symptoms of being under the influence, and has patterns of abnormal or erratic behavior. Student tests should never be taken as a stand-alone response to a drug problem. If testing is done, it should be a component of broader prevention, intervention and treatment programs, with the common goal of reducing students' drug use. Drug prevention programs vary from school to school. Drug testing students is not designed to punish the student more so it is designed to help to student to a better future. Student drug testing is performed because teens are especially vulnerable to drug abuse, when the brain and body are still developing.

Most teens do not use drugs. But for those who do use drugs, it can lead to a wide range of adverse effects on the brain, the body, behavior and health. Repeated drug use can also lead to the disease of addiction. Studies show that the earlier a teen begins using drugs, the more likely he or she will develop a substance abuse problem or addiction. Another factor and reasoning for student drug testing is also because of pier pressure. Teens now days like to fit in with the “cool” kids instead of being looked at as and outcast because of this they are pressured into trying new things to hang out with this crowd of students.

We carry only the genuine Clear Choice Brand products. These solutions have been featured in GanjaLand, High Times Magazine and many more! We've manufactured and distributed these products to 100s of 1000s of satisfied customers since the year 1993.

"I have used your products over and over for passing a drug test... and passed with flying colors." 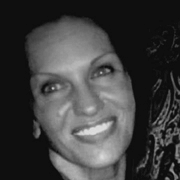 "I used your product. I am a professional daily smoker. I passed the drug test! THANK YOU CLEAR CHOICE!" 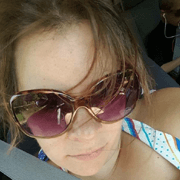 "The Instant Clean Additive worked like a charm! Well worth the price! I'll certainly be ordering again."

"Your ORAL CLEAR gum worked!! Just chewed for a few minutes and the test was clean..."

I just followed the directions and after taking Green Clean Apple Concentrate... of course the results were negative. I couldn't believe it especially after trying other brands. I'm a 6'0", 245 lbs. male. Thanks guys... 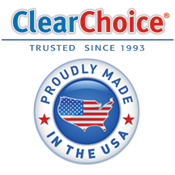 Ordering with your card on our website is safer than using it at a local store. Transactions are protected with 256-bit SSL encryption and your card is discreetly billed.

All orders are shipped in plain and discreet packaging for your privacy.

We respect your privacy. We do not rent or sell your personal information to anyone EVER!

Passing-Drug-Test.Com is a registered trademark of Exe Productions, All Rights Reserved

The statements and information contained on any page of this website have not been evaluated by the FDA. These products are not intended to diagnose, treat, cure or prevent disease.